“As the Cat Turns.” Will The Hodges Get To Adopt Henry The Eighth’s Brother? 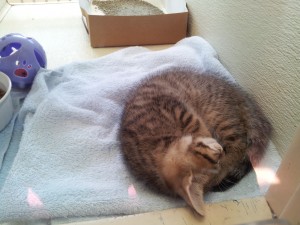 Henry the Eighth, a kitten, was lonely. He had just been adopted from the Animal Shelter the night before. His twin brother, was alone at the shelter, waiting to see if the family who had placed a twenty-four hour hold on him would come and claim him.

He wanted to be live with his brother Henry.

He wanted to be adopted by the Hodges.

END_OF_DOCUMENT_TOKEN_TO_BE_REPLACED

The dramatic arrival of Henry the Eighth, a kitten. 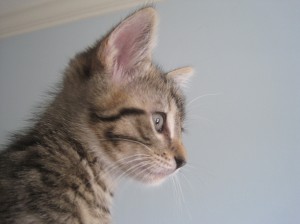 Mrs. Hodges, my typist, has been given permission to share the story of the dramatic arrival of Henry the Eighth, a kitten. Or the baby, as I prefer to call him. He is in quarantine now in Mrs. Hodges bathroom.

END_OF_DOCUMENT_TOKEN_TO_BE_REPLACED

Are you looking for a mouse?